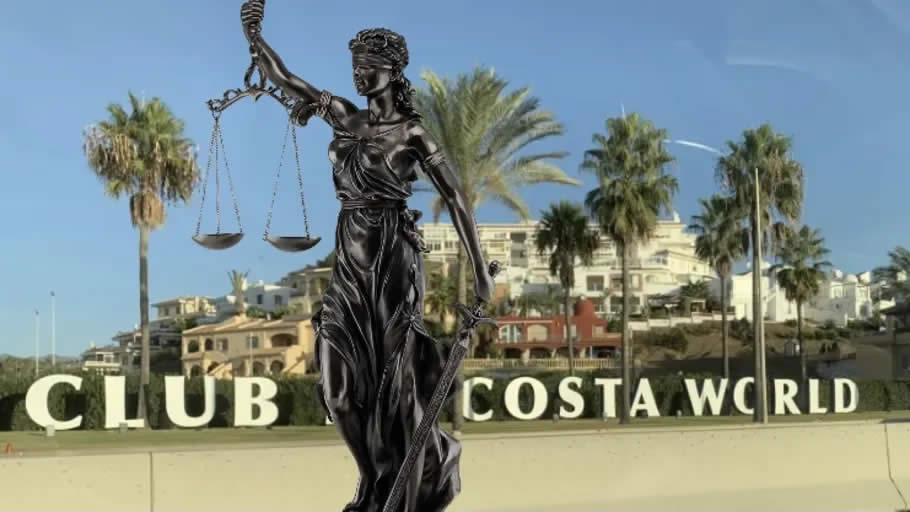 In a huge win for owners who claimed against Club La Costa, who are owed an estimated minimum of 47 million pounds between them, the UK High Court ruled that the appointed administrators, BDO should be replaced by the creditors’ choice, FRP.

Club la Costa (CLC) which was founded in 1984 by South African businessman Roy Leslie Peires, has been struggling since December 2020, when Club La Costa UK PLC filed for administration, followed by several of their Spanish companies in various stages of administration and liquidation.

The UK courts appointed well-known accountancy firm BDO as administrators, which was not the preferred choice of the majority creditor group.

For years CLC had been issuing illegal timeshare contracts in Spain, and from 2015 onwards the Spanish Courts had been awarding compensation to CLC members/affected consumers, who had suffered loss because of these contracts.

By the end of 2020, over €47 million in judgment awards were owed by CLC to its mis-sold members.

M1 Legal (M1), the Spanish firm of lawyers working with ECC in representing the compensation claimants, contacted BDO in January 2021 to register these claimants as creditors in the UK administration proceedings, which were eventually lodged, as the claims did not initially appear on CLC’s list of creditors, which caused the creditor group some concern.

As M1 Legal was unsatisfied with the appointment of BDO, the company decided to engage UK solicitors Clarke Wilmott (CW) to remove BDO from office, who eventually conceded that M1 Legal’s clients should be acknowledged as creditors. CW and M1 were now representing over 50% of the registered creditors, who decided that they wanted new administrators appointed to replace BDO.

A creditors’ meeting was scheduled for 24th March 2021 and the creditors’ claims were submitted to BDO following extensive efforts from M1 and CW, who required significant information to satisfy themselves that all claimants were correctly verified – this was quite a daunting task and BDO took every opportunity to scrutinise the documentation before eventually allowing the claims to be accounted for at the creditors’ meeting.

At the creditors’ meeting, however, the appointed Spanish liquidator, one Juan Carlos Robles Diaz, presented a block vote of £30 million from creditors in Spain.

The unexpected last-minute vote meant that BDO could not yet be removed as administrators. The action did not sit well with the creditors’ lawyers *“It turned out that he had voted on behalf of creditors without them even knowing, and certainly without their permission,” explains Adriana Stoyanova a lawyer working with M1. “And the manner in which he did this immediately raised our concern. Whereas ourselves and CW had correctly prepared and categorised all of our documentation which BDO insisted on, all Mr Robles Diaz presented was one piece of paper, which we obtained after the meeting from BDO. It appeared to have been completed in different handwriting, and we knew that it needed closer scrutiny. There were no power of attorney documents or court judgements provided, nothing to support the validity of these claimants as creditors yet BDO happily accepted them, and it turned out these creditors voted at the meeting for BDO to remain as the administrators of Club La Costa (UK) PLC“

M1 Legal soon discovered that two other law firms (JLCA & CLA), representing timeshare owner claimants who were listed on the list of Spanish creditors, and whose vote was used to keep BDO as the administrators, had no idea that Robles Diaz had voted on their behalf (and in fact against their wishes).

M1 Legal lost no time in forming an alliance with these firms to mount another legal challenge to replace BDO.

Another application was made at the UK High Court, and this time, with M1/CW along with JLCA& CLA´s votes representing the majority of creditors, the High Court ruled in favour of the claimants.

FRP has therefore been appointed as administrators of CLC, as of 26 July, with BDO being removed from office within 8 weeks.

*“This win was a team effort between us and our allies, CLA and JLCA,” says Andrew Cooper. “There is still a lot of work left to do, but we are delighted that FRP is handling the process, and feel confident that the creditors will be well represented to stand the best chance to recover the tens of millions that are owed by locating the millions which Club La Costa have filtered through other group companies and trustees. We are also investigating this matter through the Spanish courts with a criminal action now already underway.

*“There is a large web of companies around CLC whose relationship to one another in respect to the debts owed to the creditors needs to be established. For a company owing so much money and trying to claim it can’t meet those obligations, it seems somewhat a case of robbing Peter to pay Paul as some of CLC´s other companies look to be doing very well in a lot of respects.

*“Creditors will be curious as to how the club collecting millions in maintenance fees every year is still operating and how CLC affiliated companies still own vast amounts of property across its 31 resorts worldwide.

*“There is also the matter of Glinton Limited. The June 2020 Club La Costa PLC Directors’ Report states that a company based in the Isle of Man, Glinton Limited, would be guaranteeing the debts of CLC Plc. for the 12 month period from 30th June, 2020.

*“It needs to be established whether Glinton is in a position to be able to help reimburse the CLC creditors. One thing is certain, following the recent £48 million payout by Barclays Partner Finance after their association with Azure, the finance houses involved with Club la Costa will be paying careful attention to their own potential liabilities in the company’s administration process.”